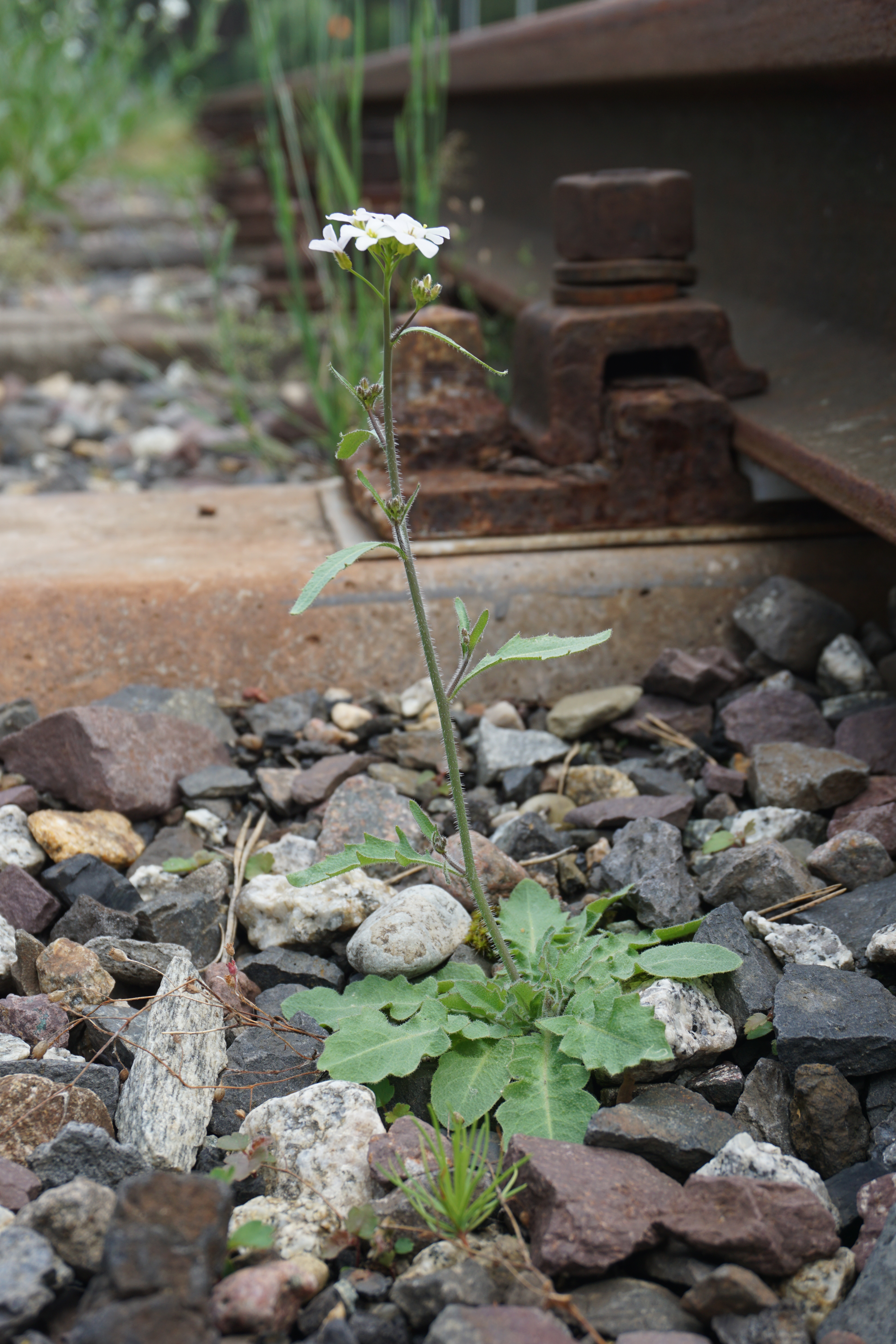 During my PhD with Professor Bomblies at Harvard University, I studied habitat adaptation in the autotetraploid Arabidopsis arenosa focusing on their successful colonization of disturbed lands. Using genomic and transcriptomic analyses combined with quantitative trait locus mapping and transgenics, I was able to discover that ruderal populations of A. arenosa possess adaptive alleles introgressed from diploids. This led me to question the nature, if any, of a tetraploid advantage for invasiveness and colonization ability, which here seems to rely paradoxically on diploid alleles.

As a postdoc at the John Innes Centre in Norwich, UK, I worked in collaboration with Dr. Yant to investigate the patterns of genomic evolution in the young natural diploid / autotetraploid system offered by A. arenosa. Indeed, it has been proposed that the strong potential of polyploids for habitat colonization and transitions to weediness was brought by an increased genetic diversity generating an increased enzymatic multiplicity. Two properties of polysomic inheritance could lead to a higher genetic diversity in polyploids: an immediate increase in effective population size (doubled in the case of tetraploids) and/or a reduced efficiency of purifying selection. As part of a large genome resequencing project encompassing 300 samples of both diploid and tetraploid A. arenosa, I confirmed that polyploids do present increased non-synonymous sequence diversity, and established it was due mainly to increased effective population sizes with an additional effect from the genetic masking of deleterious mutations.

In the group of Dr. Colot at the IBENS in Paris, I have initiated a collaborative project to further investigate the genome evolution of autopolyploids in relation to transposable elements (TEs) dynamics. Due to their mostly deleterious effects, TE insertions are indeed predicted to benefit significantly from the genetic masking I showed was at play in autotetraploids. In addition, transposition bursts have been proposed to follow the genome shock of auto-polyploidization, and both mechanisms have been hypothesized to underlie the increased TE content typically observed in polyploids. Leveraging the genomic sequences available in A. arenosa with the bioinformatics tools developed by the Colot group to assess TE mobilization comprehensively, I aim at evaluating the relative contribution of both effects (genome shock and polysomic masking) to TE dynamics following auto-polyploidization.

Assessing the epimutational impact of transposable elements in Arabidopsis thaliana

Although most TE insertions are deleterious and counter-selected, there is evidence that in some cases TEs can become beneficial. Notably, TEs can bring the expression of neighbouring genes under their own control and create epiallelic variation which can be exploited in the adaptation of populations notably to their environment. However, the breadth and diversity of such TE-associated epigenetic variation there is in nature remain unknown. To identify comprehensively this type of variation, I am deploying an integrative approach that combines genomic, epigenomic and transcriptomic data available for >1,000 accessions of the model plant Arabidopsis thaliana taken from across the globe. With this project, I hope to provide a first comprehensive assessment of the role of TE sequences as “epimutagens” and its potential relevance for evolution.